The M1  .30 Cal ammo can was introduced in early WW2 to replace the earlier wood .30 Cal ammunition box that was used at the time. It was commonly used to hold belts ( both cloth and link ) of 250 rounds of .30-06 for the M1917 Browning machine gun.  The M1 ammo box was produced by a handful of different comanies. I have been able to find 5 different makers for the United States and one foreign being produced for Belgium. The Belgium produced box appears to be identical other than the emossed markings on the hinge end of the box where it features the markings EDEKA and ABL where the standard US flaming bomb would be.

A later upgrade towards the end of the war would be the M1A1 ammunition box, adopted in June of 1945. The new M1A1 box was functionally the same but featured a redesigned bottom which allowed for storage of 275 rounds of belted .30 Cal ammunition. They remained in use until the mid 50’s and overlapped it’s succesor the M19 .30 cal box.

Reeves also produced  M1 ammo cans with embossed lines through the “Reeves”  logo, those cans are only embossed on one of the largesides rather than both. 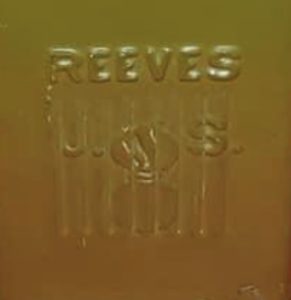 Here the interesting example of a box with the Belgium markings.  EDEKA is a reatail type store in Belgium and ABL is the Belgium Armed Forces. ( collection Hunter Smith, Austin Texas ) 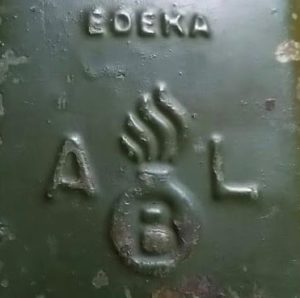 Also interesting, the M2 .30 cal ammunition box. I dont know where its made, some people think in the UK. 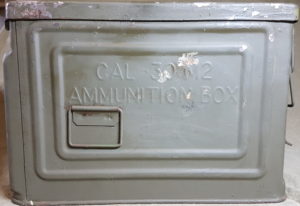 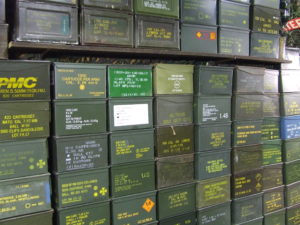